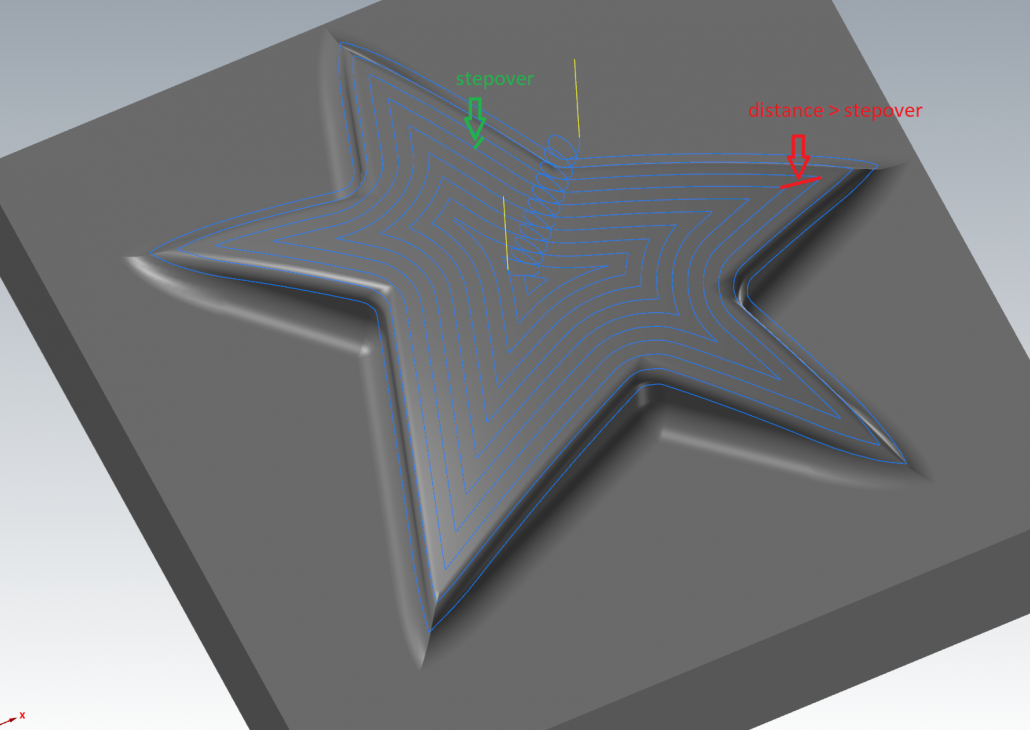 Variation also occurs in areas where the toolpath gets collapsed and as a result the inner offset path becomes much smaller than the previous one. 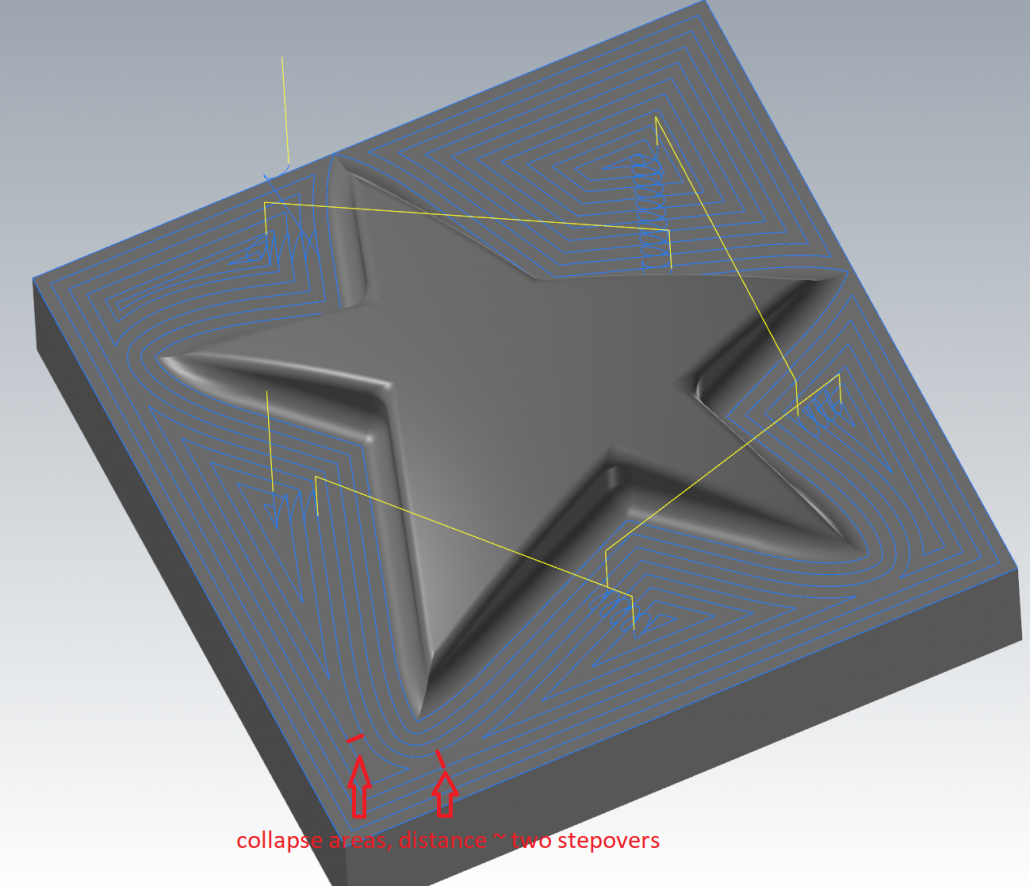 The result of these variations becomes evident in the image below which shows a solid simulation of both toolpaths. Notice all the small red cusps inside the corners and in the collapsed areas. These cusps are all higher than what is allowed by the specified stepover. 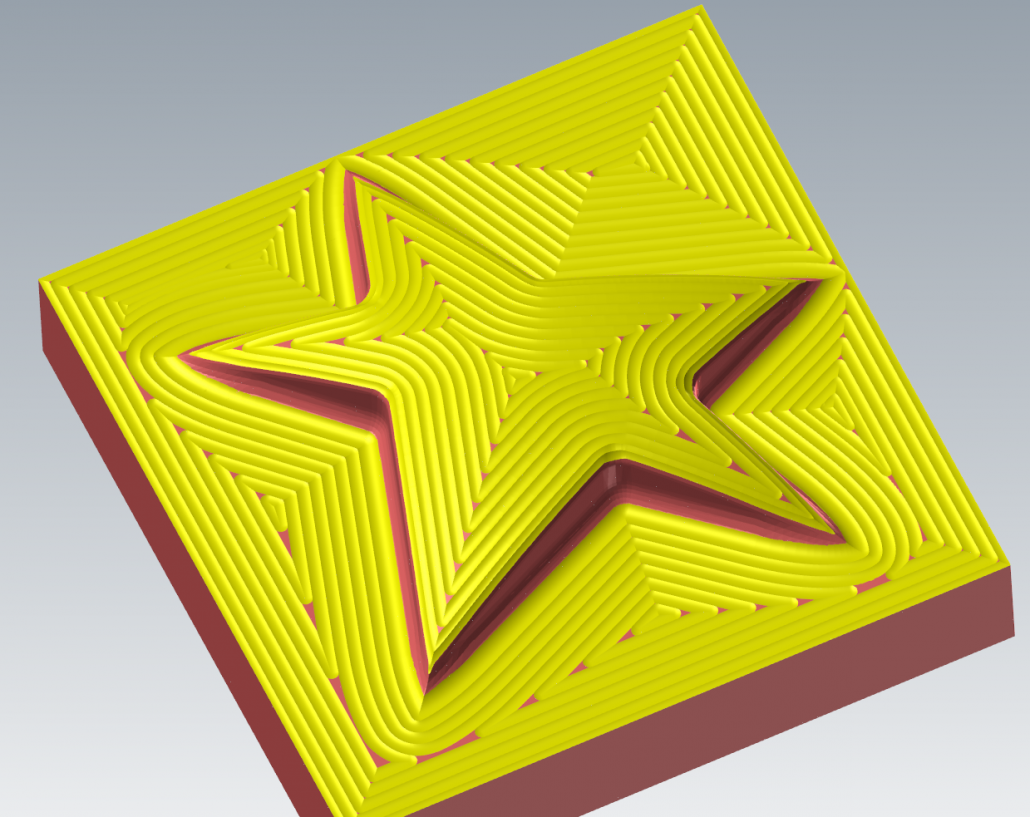 Fortunately, Scallop in HSM Performance Pack includes an option called “Add center passes” which solves this problem and removes the cusps. The option is found under the Milling tab as shown below. 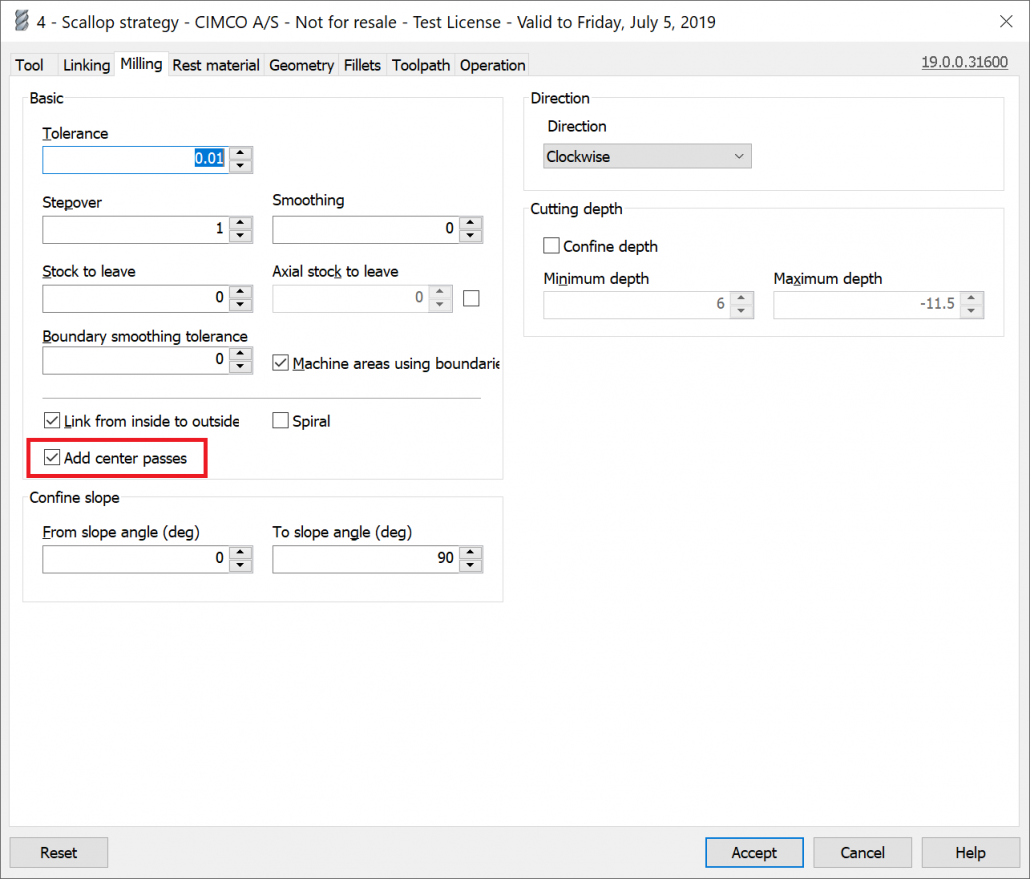 By enabling this, additional passes are added which goes through all the sharp corners of the normal scallop passes and through the collapsed areas. 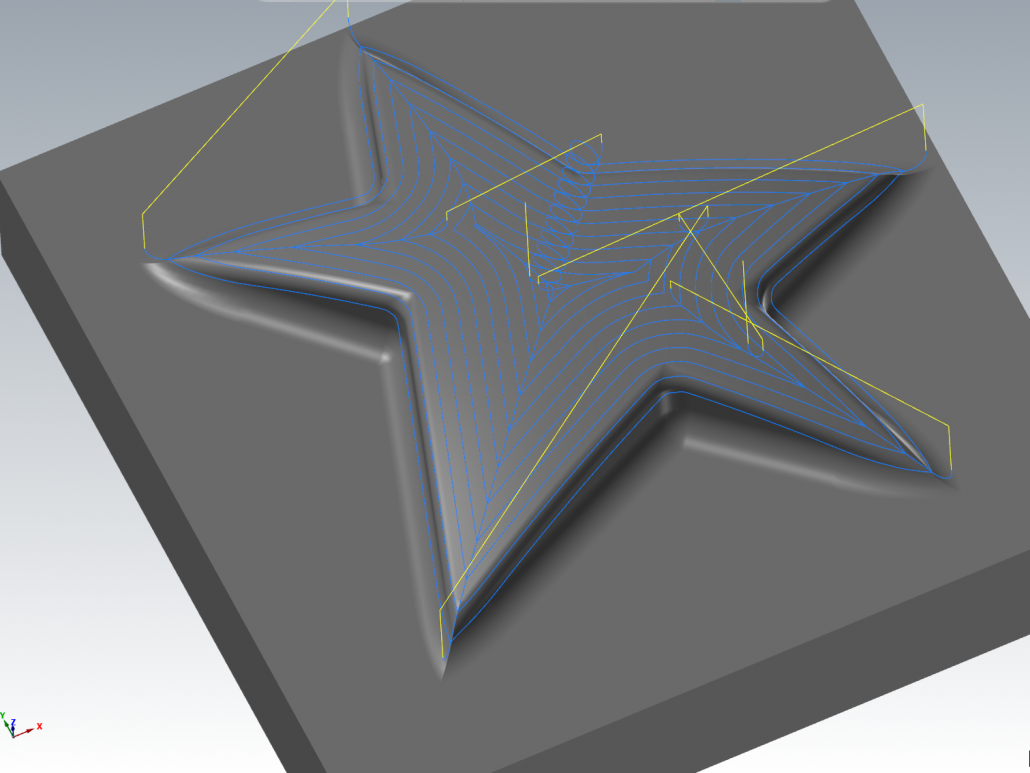 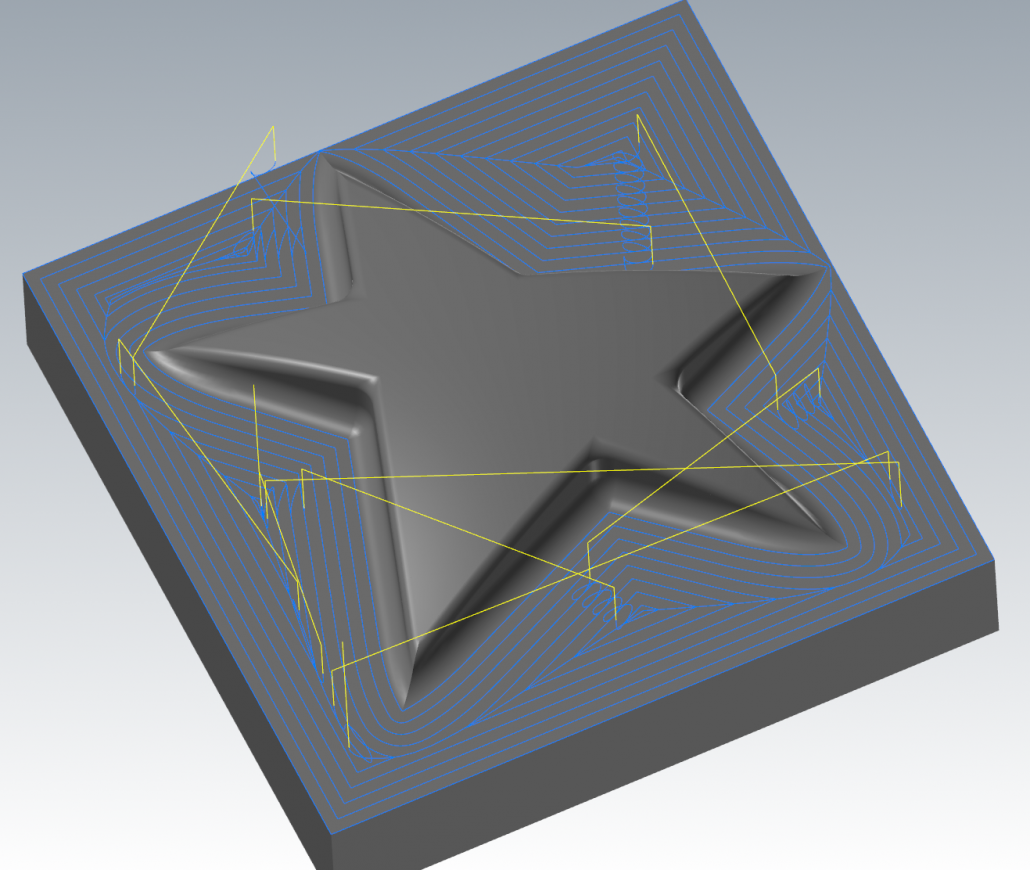 The result of the solid simulation now looks much better with all the cusps eliminated by the extra passes.

To try it out for yourself, download the example part “Scallop star with center passes” used in the images above.