The new Hybrid strategy combines the advantages of Contour3D with the Scallop and Parallel strategies enabling users to easily create cutting passes for both steep and shallow areas in a single operation.

Users often prefer Contour3D for machining steep areas and Scallop or Parallel for shallow areas. However, this approach requires that several operations are created and that machining angles, contact boundaries and machining boundaries are configured. This is time consuming and often the ordering of toolpaths will not be optimal.

The new Hybrid strategy provides an alternative which is much easier to configure and that ensures optimal toolpath ordering.

The Hybrid strategy creates contour passes by default and lets the user configure an additional strategy (Scallop or Parallel) to use in shallow areas. Several machining modes are supported which can be configured by selecting the desired “Strategy”, for shallow areas, and a “Method” that determines where and how the strategy should be applied.

The Hybrid strategy is still in development with additional features planned before release. In the following we will look at the combinations, currently available, for setting “Strategy” and “Method”. In the configuration, options are divided into two sections – Steep and Shallow. The options in the Shallow section change depending on which “Strategy” and “Method” is chosen. 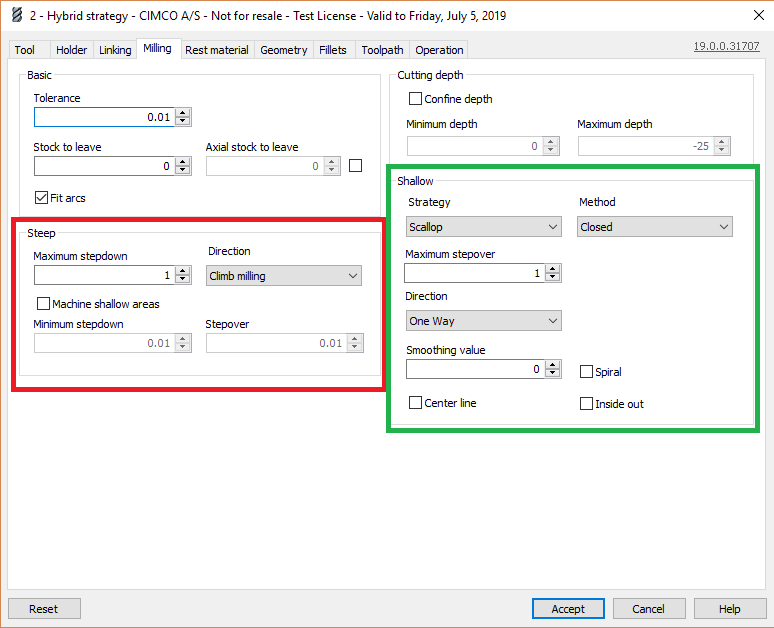 With these settings, HSM Performance Pack begins by automatically creating contour passes based on the specified stepdown value (Maximum stepdown). Only those where distances between passes does not exceed the Maximum stepover value are kept.

Next, using the contour passes as boundaries, the empty areas are “filled” with scallop toolpaths.

This approach results in all passes being closed unless trimmed for other reasons (boundaries, holders, etc.). The best result is achieved with parts that have a consistent Z value in shallow/steep areas which results in minimum variation in the XY distance between passes. 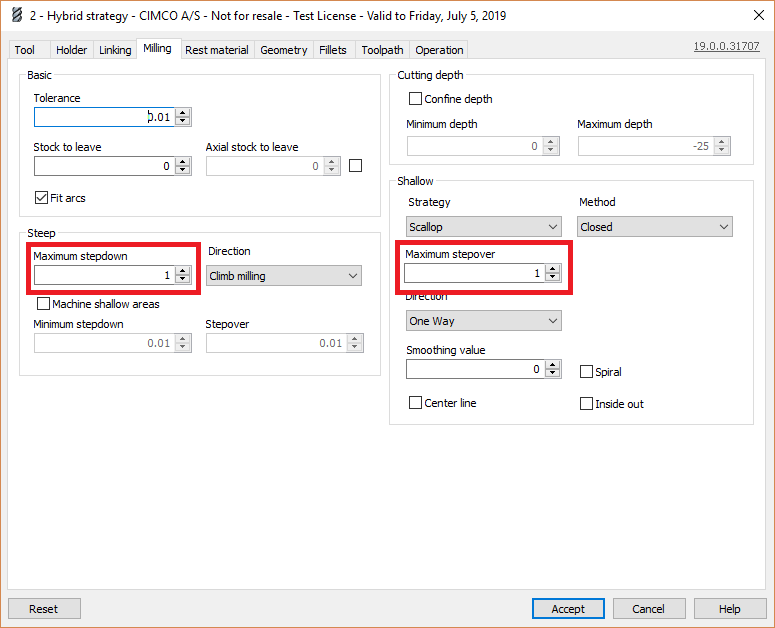 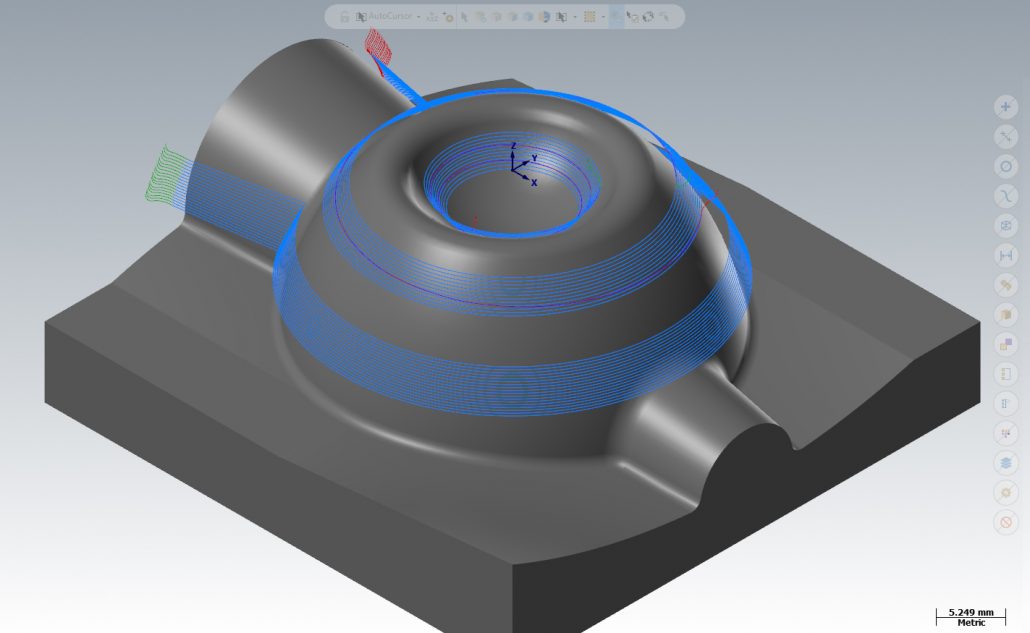 Image above: Contour passes which are kept. Empty areas will be filled with Scallop toolpaths.

These contour passes are kept because the maximum distance between passes, in the XY plane, is less than the Maximum stepover value. Contour passes are removed at the lower area towards the bottom because variations in the Z value at this point, due to the topology of the part, results in a greater distance between passes than allowed by the Maximum stepover value. The empty areas are then “filled” with scallop toolpaths as can be seen in the result below. 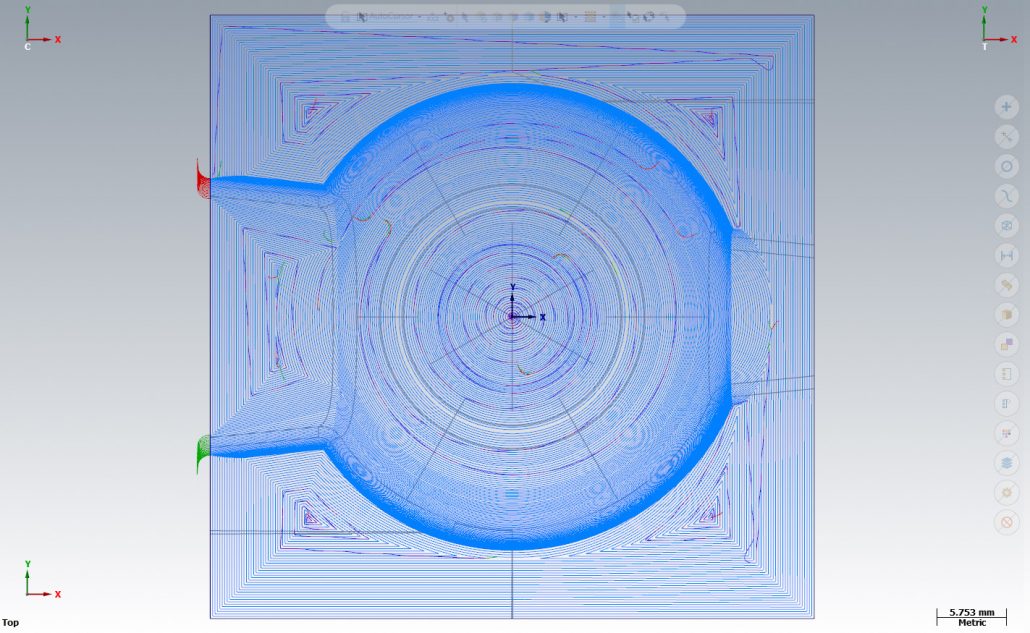 With these settings, HSM Performance Pack uses the “Shallow angle” value to automatically define machining boundaries that determine in which areas contour and scallop passes are created. 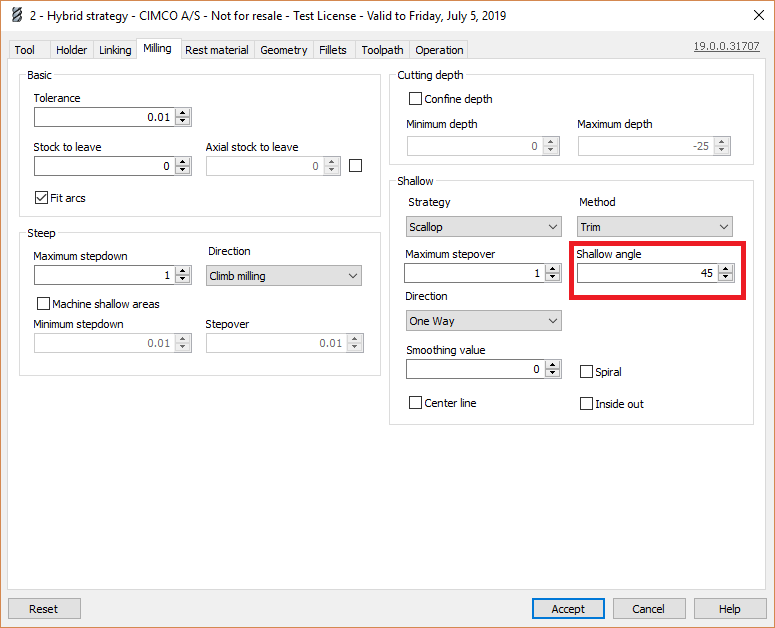 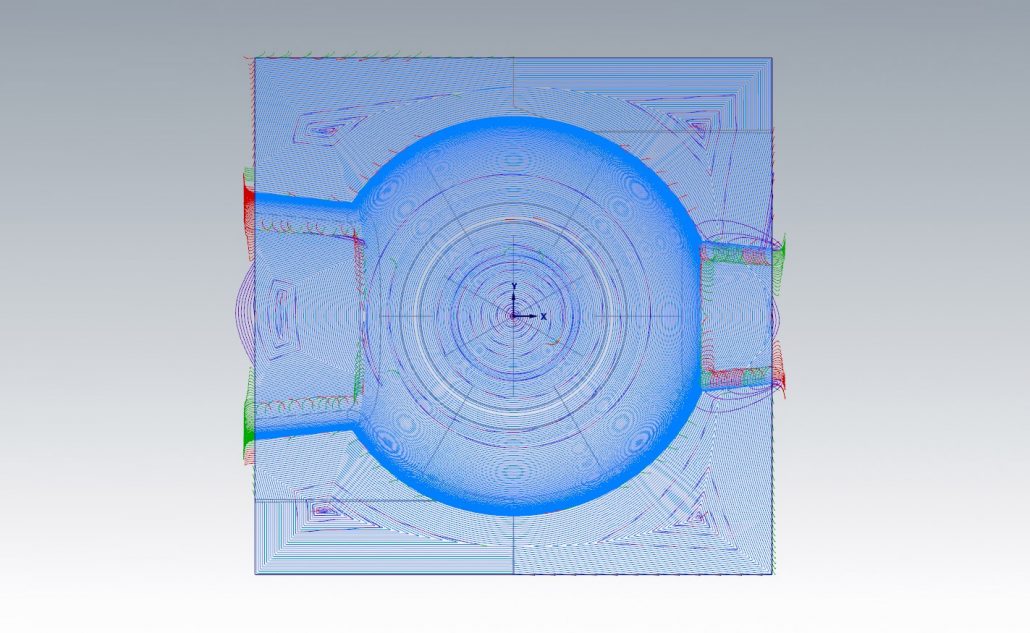 With these settings, HSM Performance Pack uses the “Shallow angle” value to automatically define machining boundaries that determine in which areas contour and parallel passes are created. 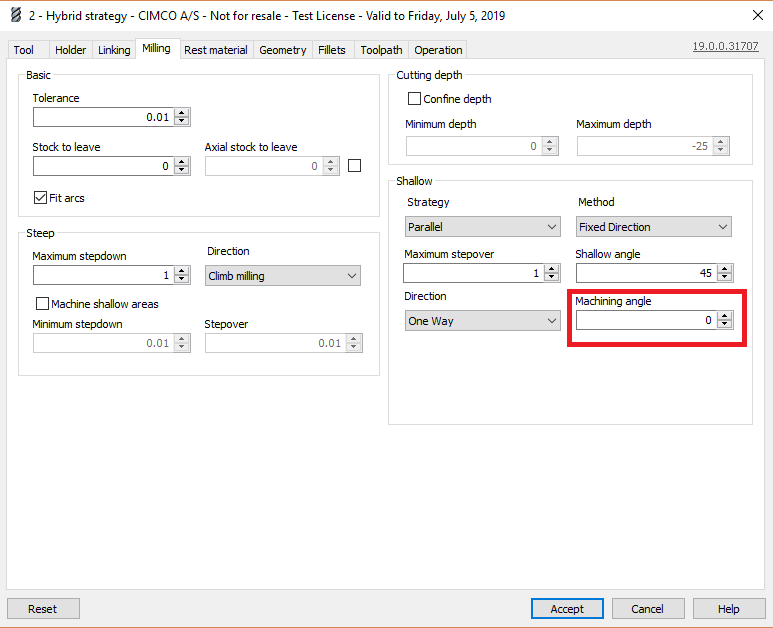 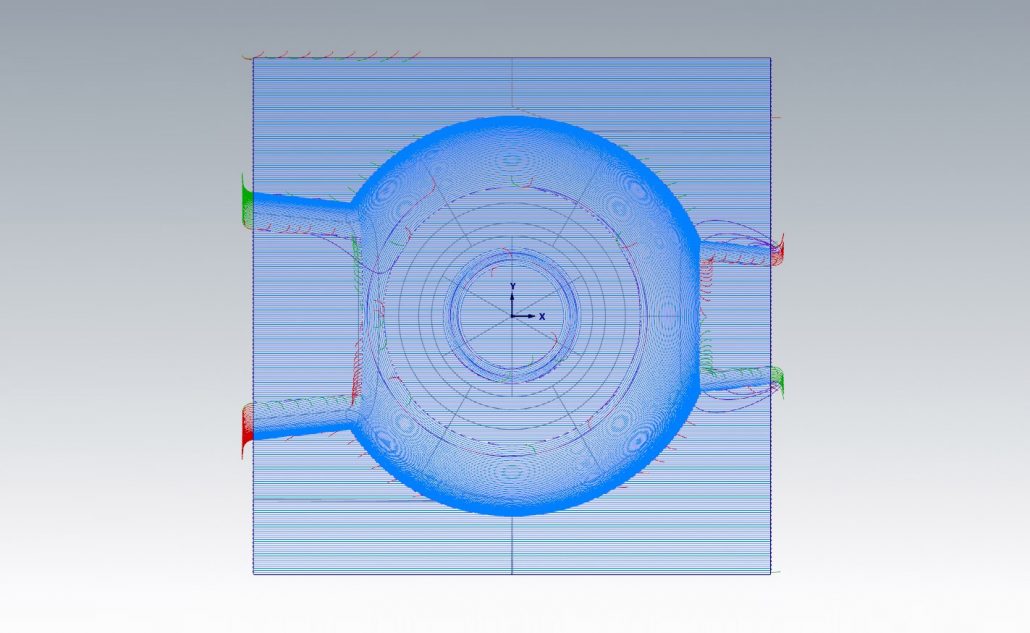 Image above: Resulting contour and parallel toolpaths. All parallel passes are 0 degrees as specified.

These settings are almost similar to the above for “Fixed direction”, however, with “Method” set to “Automatic direction”, HSM Performance Pack automatically determines the best direction for the parallel passes in each area. 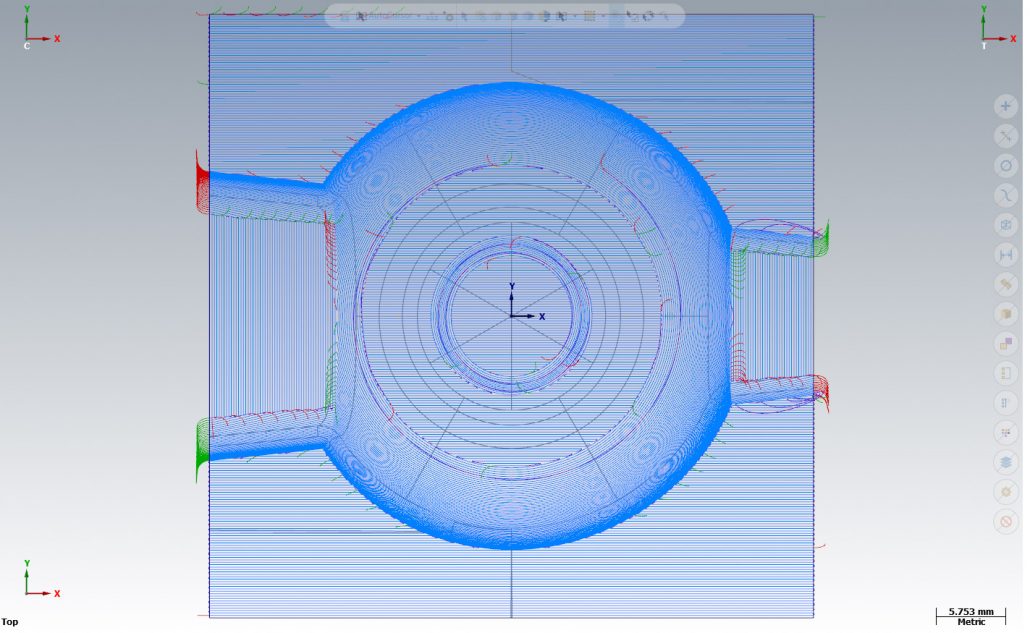 For examples of using the Hybrid strategy in HSM Performance Pack, please look at our demo part “Hybrid”.