In the following we will look at some of the options, included with the Pocket and Horizontal strategy, which enables smoothing and simplification of toolpaths. Smoothing of toolpaths helps reduce tool wear since it enables the tool to travel more fluidly with soft turns. Simplification is a matter of lowering the number of points in a toolpath, which in some cases both decreases calculation time and provides a better end result.

Fit Arcs is supported by most strategies in HSM Performance Pack including the Pocket and Horizontal strategy. Fit Arcs automatically splits the tolerance, defined by the user, and uses part of it for fitting arcs in slice passes. If this option is disabled, the resulting toolpath will only contains linear movements. In the screenshot below the toolpath on the left has Fit Arcs disabled while it is enabled on the right. The toolpath on the left has far more points since only linear movements are used to create the curved parts of the toolpath. On the right, the curved parts are converted to arcs which are defined by only a few points each. 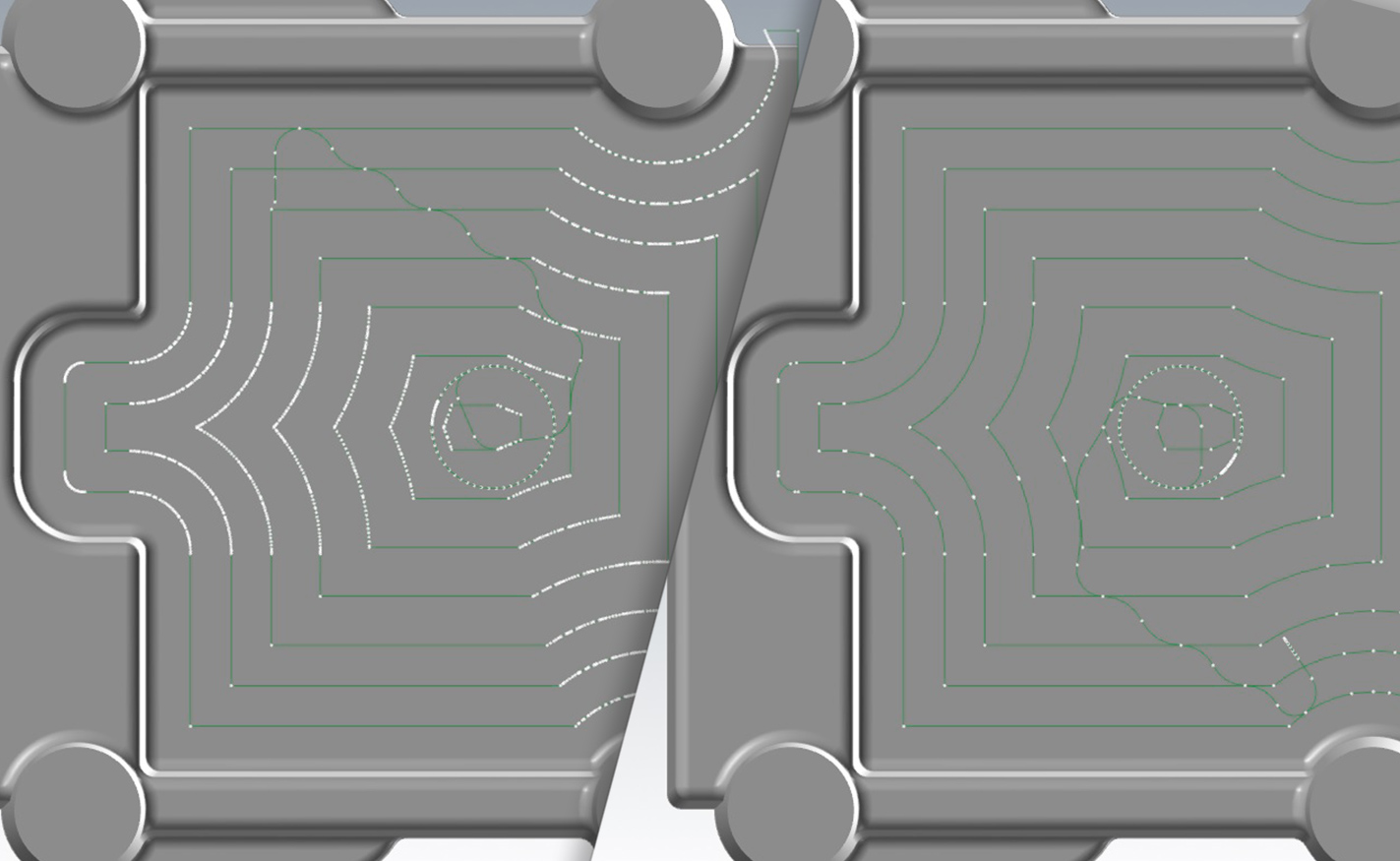 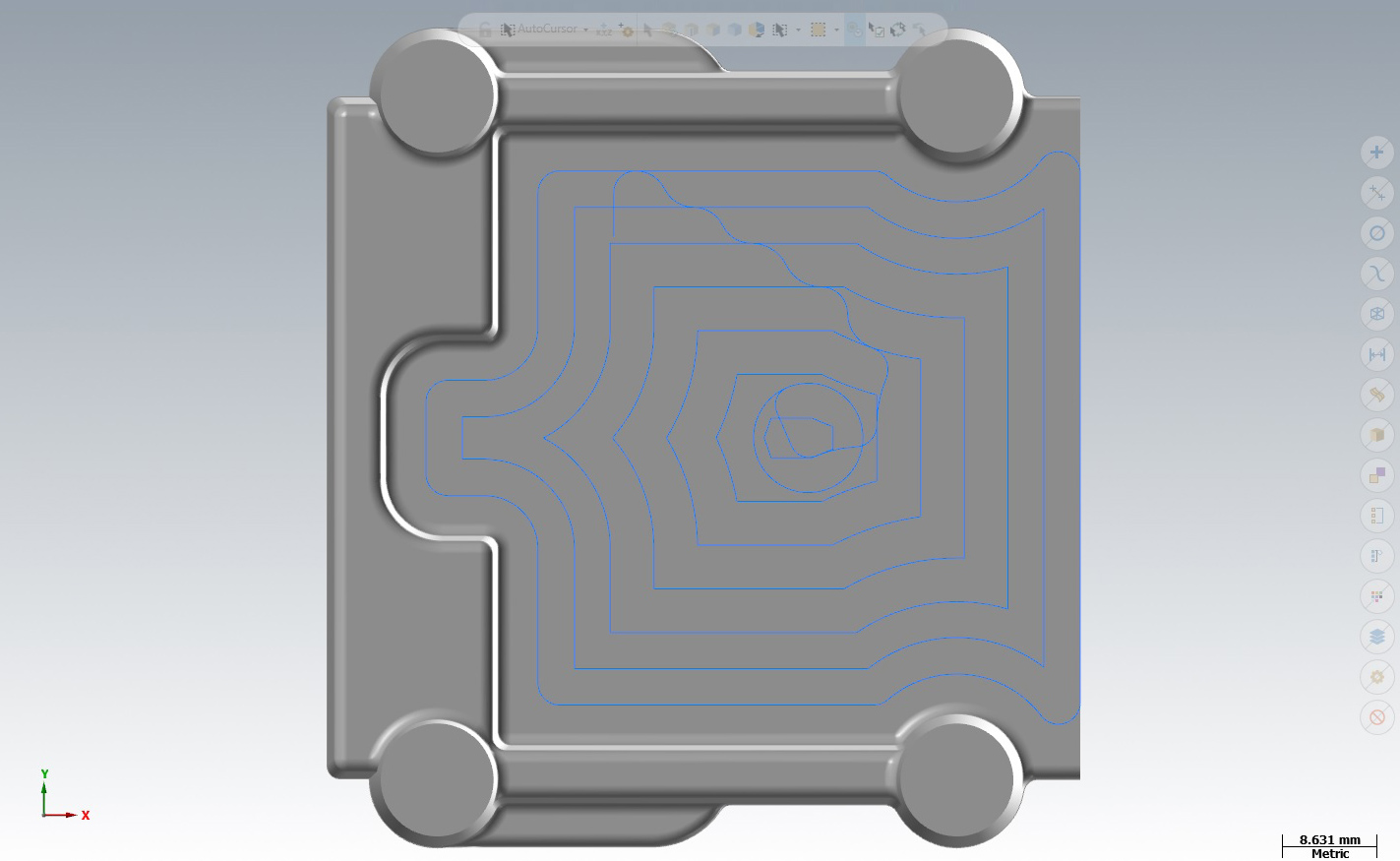 Maximum smoothing can be used to both smooth and simplify a toolpath to avoid sharp turns and reduce the number of points. Toolpaths which are smoothed are always inside the provided distance from toolpaths which are not smoothed. At the same time, the Stepover is automatically reduced to avoid upstands. This also means that the Maximum smoothing can never be more then the defined Stepover value. The outermost cut along the desired contour is never smoothed when using Maximum smoothing. This is to ensure that all material is properly removed. 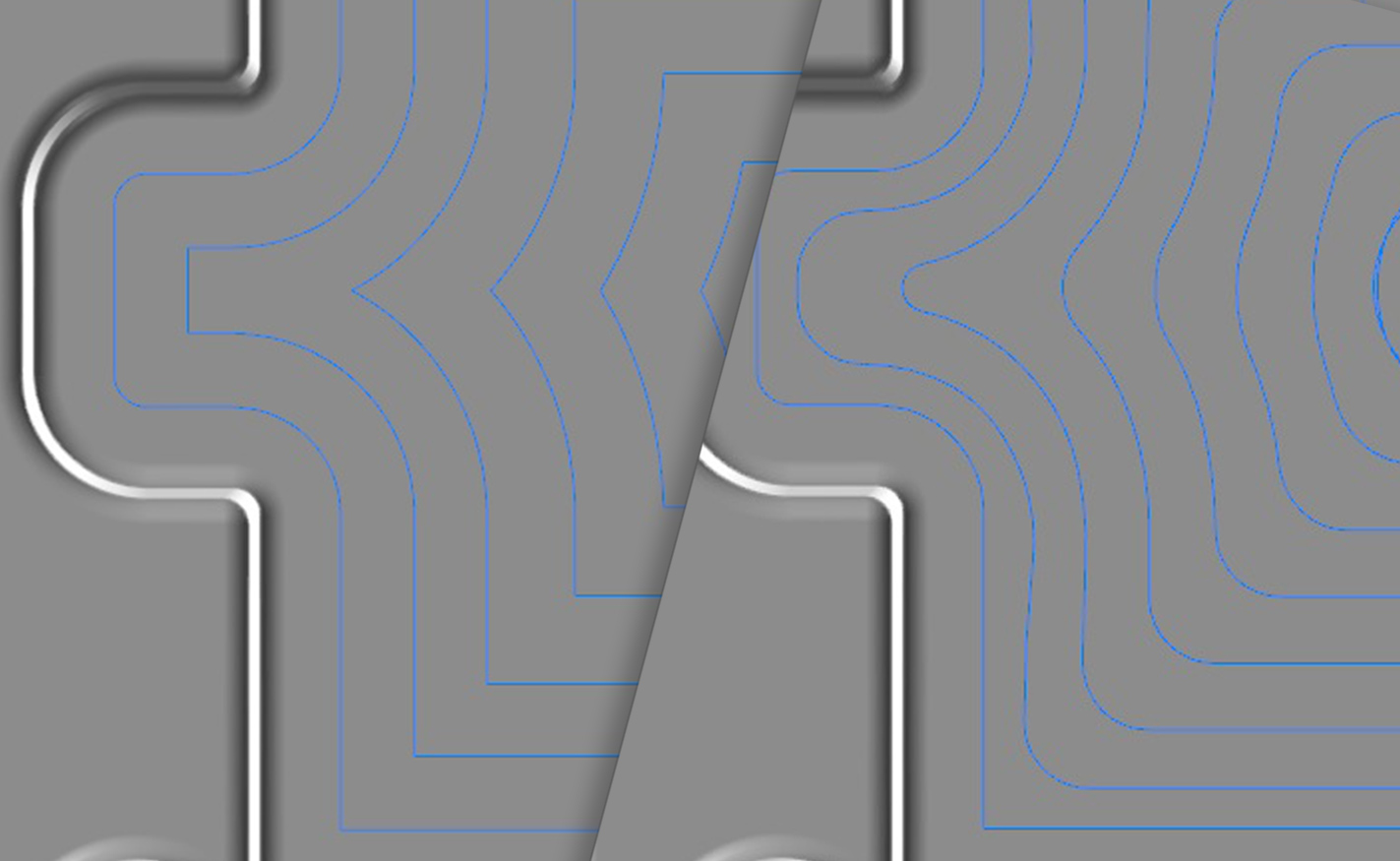 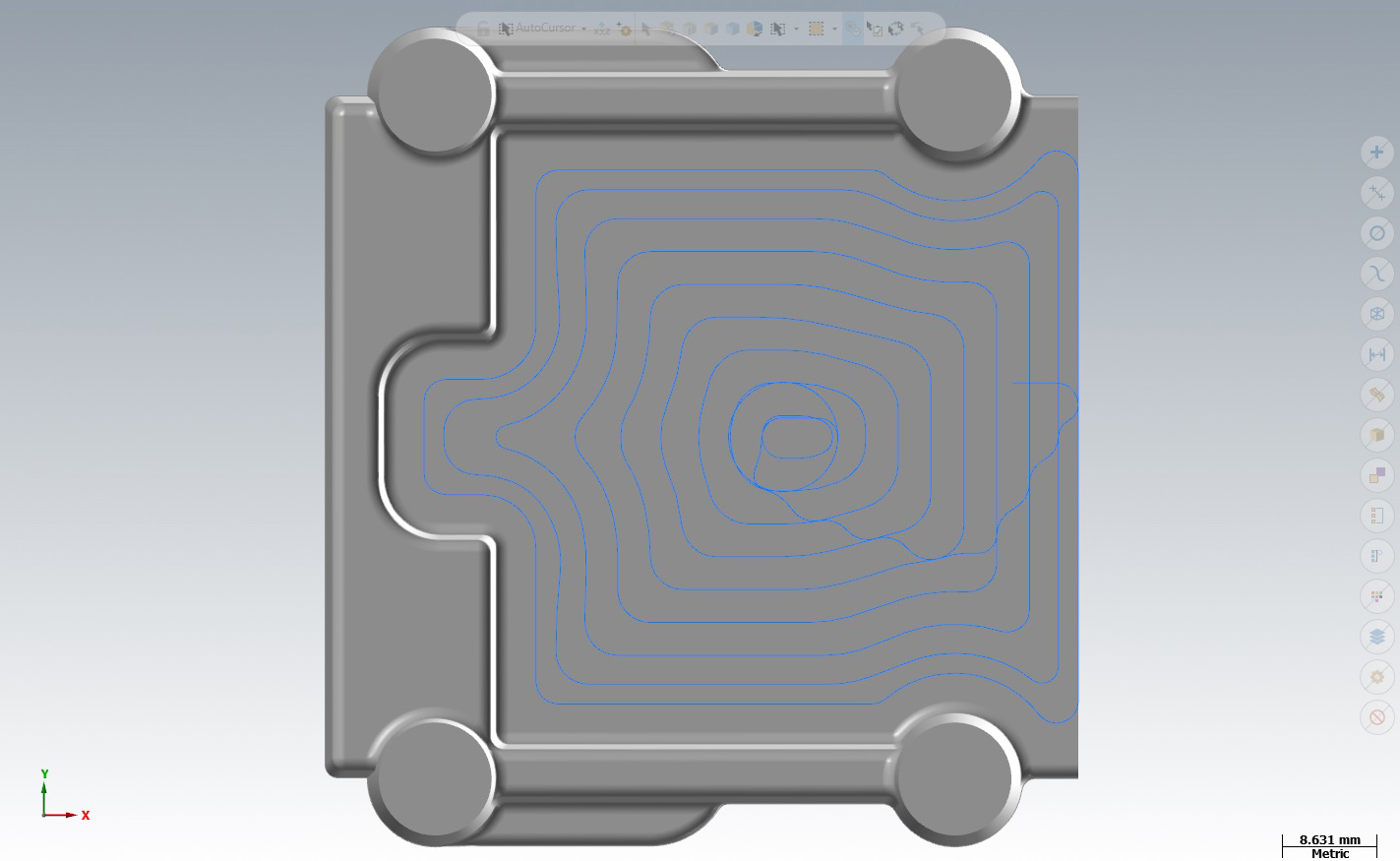 All smoothing and simplification options are located under the Milling tab and if you want to experiment with these options, you can download the file Horizontal smoothing from our Example Parts section. 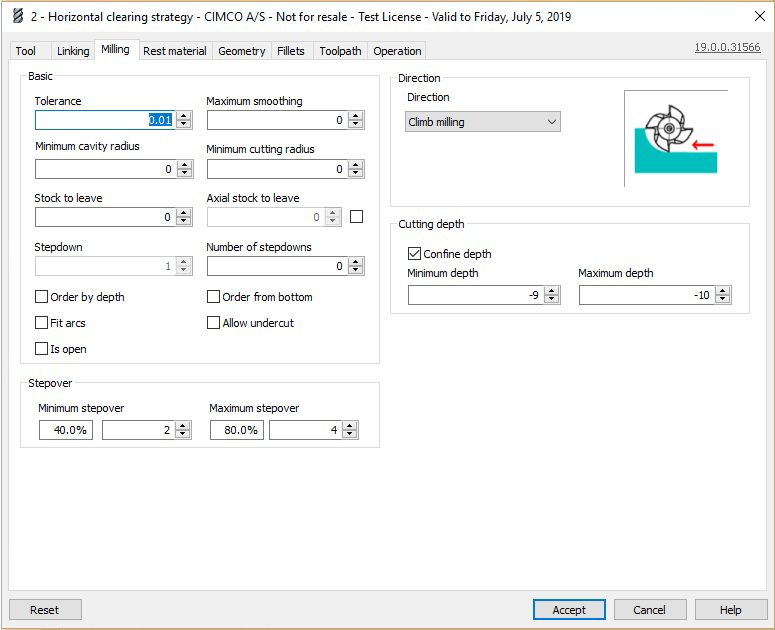